Bard on the Beach

If you asked me a week ago if I was a Shakespeare fan or would enjoy his plays, I wouldn’t know what to say. My memories of Shakespeare were being forced to study it in school and this did not instill a love for it. However, I did hear positive things about Bard on the Beach, which is one of Canada’s largest not-for-profit, Shakespeare Festivals that happens every summer in Vancouver. When the opportunity came up to go to A Midsummer Night’s Dream on a Friday night, I decided to forgo my school memories of Shakespeare and attend. It was a decision that I wouldn’t regret. I didn’t know Shakespeare could be so funny and easy to follow. 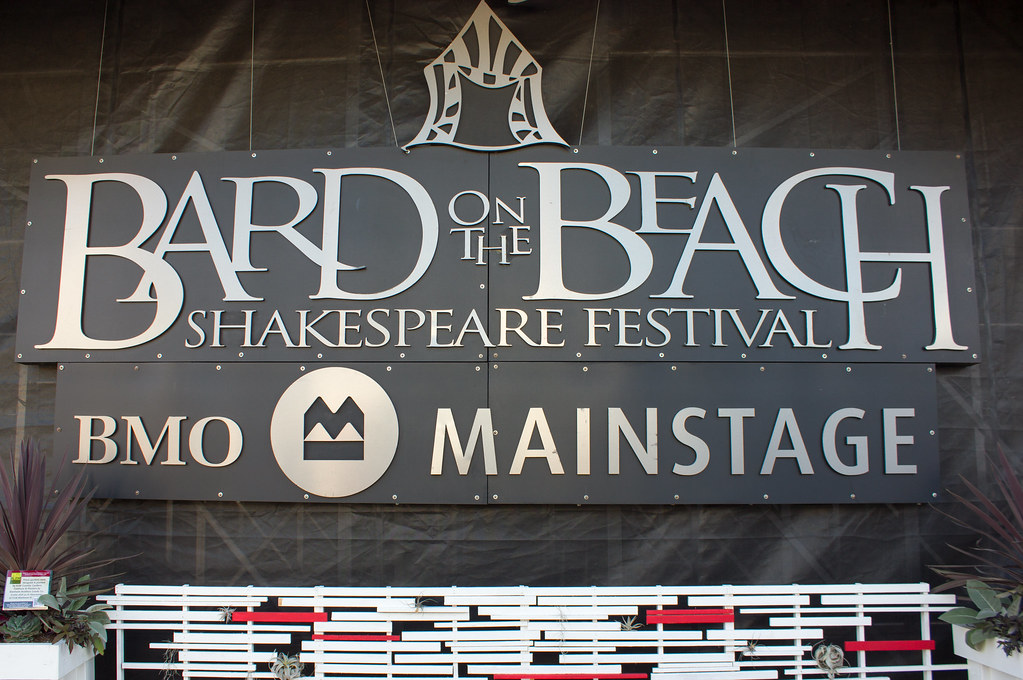 Bard on the Beach happens at Vanier Park (1695 Whyte Ave), which is right by False Creek in Vancouver. Instead of taking place in an air-conditioned theatre, you get to enjoy the show in an open ended tent, with views of the mountains, water and the setting sun during the evening shows. You can enjoy the outdoors before the show and have a picnic with friends/family.  A large tent is also set up which contains a boutique and concessions.

For those who aren’t familiar with Shakespeare and the play, they have ‘In A Nutshell’. ‘In A Nutshell’ is presented 40 or 50 minutes before the show and provides an overview of the play’s plot. We arrived early to take advantage of this option and I recommend that you do too.  In A Midsummer Night’s Dream, there are three main plots. Shakespeare combines four young lovers on an adventure in the woods, a troupe of actors working on a play and a group of fairies who love causing mischief together. You can read all about the plot, by clicking here.

The play isn’t the Shakespeare that you’ll remember from your school days. With costumes that are modern and bright, pop songs mixed in with dance, a gorgeous Puck who takes a selfie with an audience member are items added to keep you engaged, laughing and entertained. I can’t share any photos or video from the play as phones and cameras have to be put away. If you don’t mind some spoilers, the trailer is here:

I left the theatre happy, recharged and with a positive outlook on Shakespeare. Bard does a great job and you don’t have to be a Shakespeare fan to love the performance.  Bard on the Beach was voted one of the top Ten Shakespearean sites for travellers  by Lonely Planet and is third on the list of things to do in Vancouver on Trip Advisor. 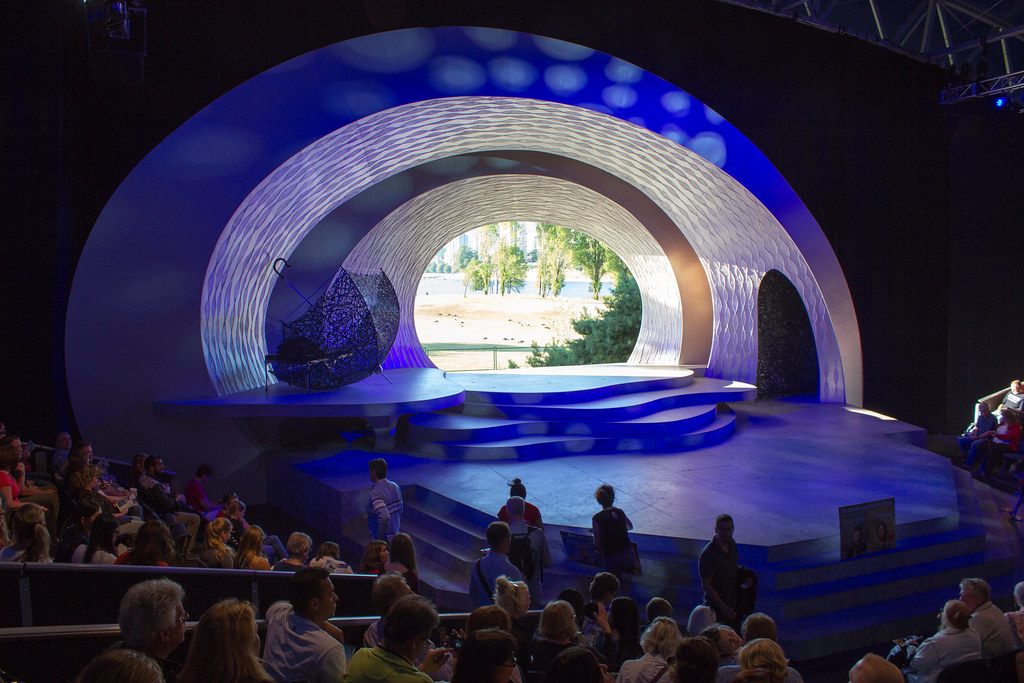 At Bard, they have fireworks nights, fight nights and wine tastings nights in addition to their plays. Now that I’ve been, I’m wondering why I waited till 2014 to check this out. Next year, I’m thinking of getting a bunch of friends together and getting tickets to the fireworks night. I love the idea of watching a play, having a BBQ and then watching from inside their outdoor area (where you don’t have to worry about securing a spot to watch the fireworks). Anyone want to join me next year? They won’t be performing A Midsummer Night’s Dream next year; however they will have two new plays to experience.

If you are in Vancouver or visiting in the summer, I highly recommend trying to get tickets. Try to purchase them in advance, as they sold out the night I went. Tickets are $47 for a regular evening but prices drop to $35 for Matinees, Sunday and long weekend evenings.

*My ticket was provided complimentary when I attended with the YVR Bloggers group however all opinions are my own. I loved it and I’ll be bringing friends and family to see future shows.*