When the rain hit one recent Vancouver weekend, I brightened my day by heading down to Rogers Arena for a tour of my local NHL stadium. Hockey is one of my passions: it’s always played a huge role in my life, from gathering around the TV watching Hockey Night In Canada, to playing competitively as a kid, and continuing with weekly co-ed beer-league games as an adult.

Rogers Arena, formerly General Motors Place (GM Place), is the home of the Vancouver Canucks. Getting a behind the-scenes-tour of this local hockey shrine is an unforgettable experience. Even if you aren’t a fan of the Canucks, it’s a chance to check out where Team Canada women’s and men’s hockey team won Gold during the Vancouver 2010 Olympic Winter Games.

After we’d had chance to browse through the team store, our guide Brendan gathered us together to start our tour. It wasn’t a game day, but we were told that some players were training in the arena. We had permission to take photos (except for flash close-ups of players) and ask any questions that came to mind.

We began with a quick rundown of the history of the building as we headed up to the 300 level to check out the Four Canuck Legends exhibit. Jerseys worn by Stan Smyl,  Trevor Linden, Markus Naslund and Pavel Bure are on display, along with photos, hockey equipment and informative text about these Canucks titans. Fun fact – Trevor Linden wore the same pair of running shoes to every single game throughout his career. They are stored in his old dressing room stall that’s on display! 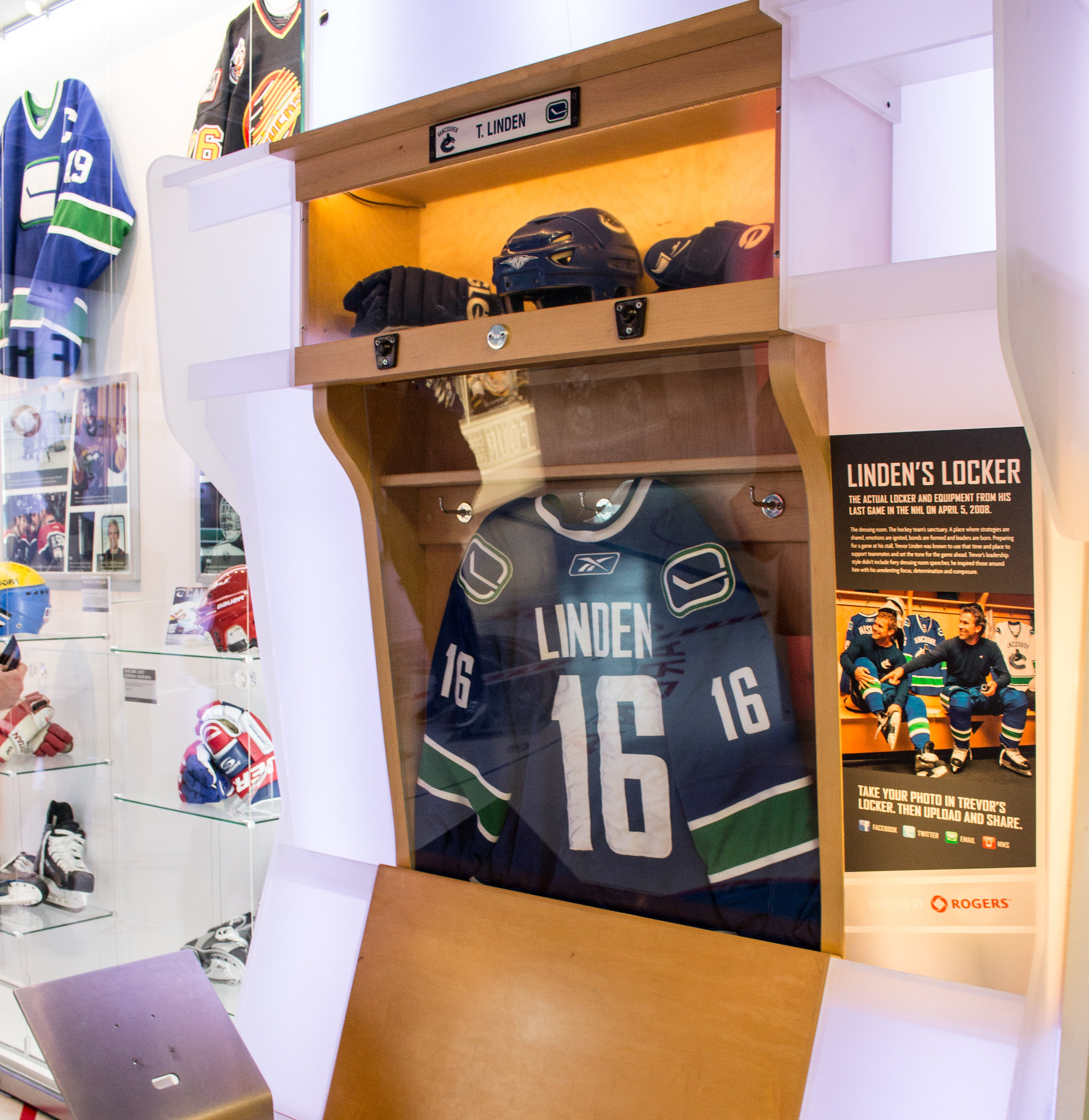 With Glowing Hearts was the next exhibit. It commemorates the Gold Medal victories of the women and men of Team Canada at the 2010 Winter Olympics. The loonie that was placed at centre ice is on display, along with the massive Canadian flag the men’s team skated with, Luongo’s helmet, Hayley Wickenheiser’s gloves and skates, and an Olympic Torch. 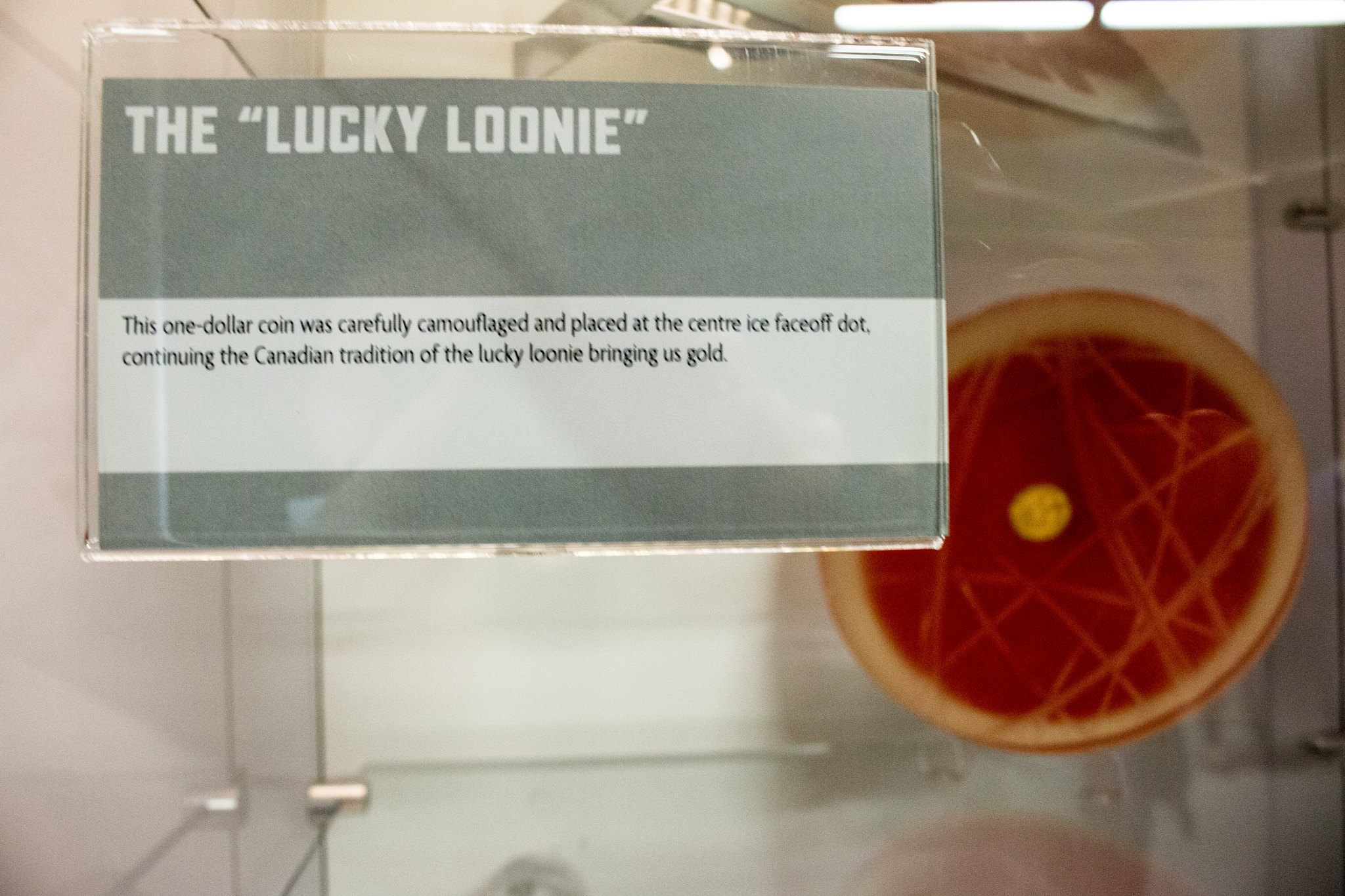 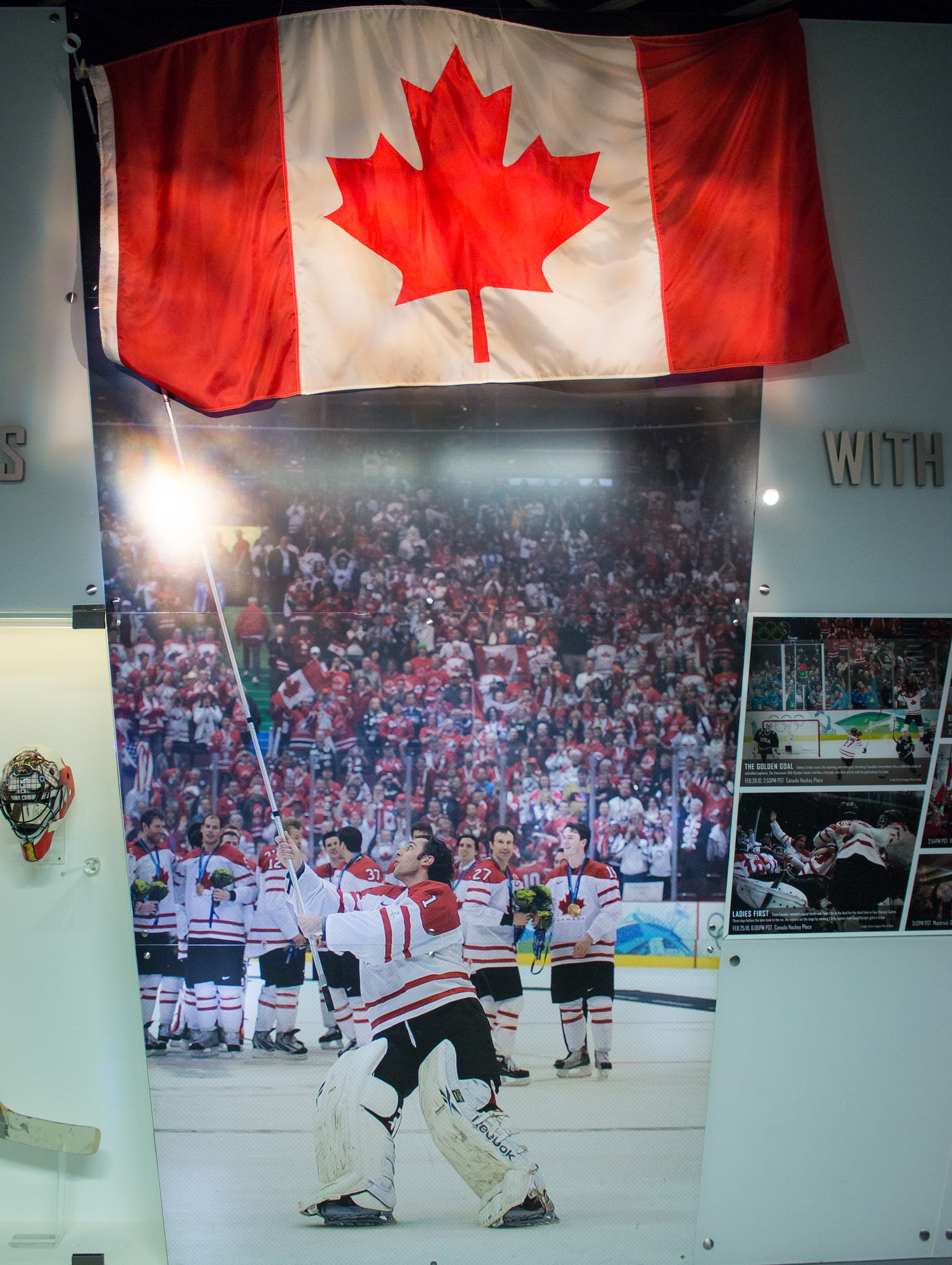 We headed further up to Club 500, the Penthouse Level, which includes food and soft drinks for $300 a game. Unfortunately, the ice was covered up that day due to concert nights, but the bird’s-eye view from up there is incredible, with a better look at the banners and a different angle on the jumbotron. I’d love to watch a game from here! They are truly hockey lover seats. After touring the club, we got to admire the executive suites, media area and alumni lounge. 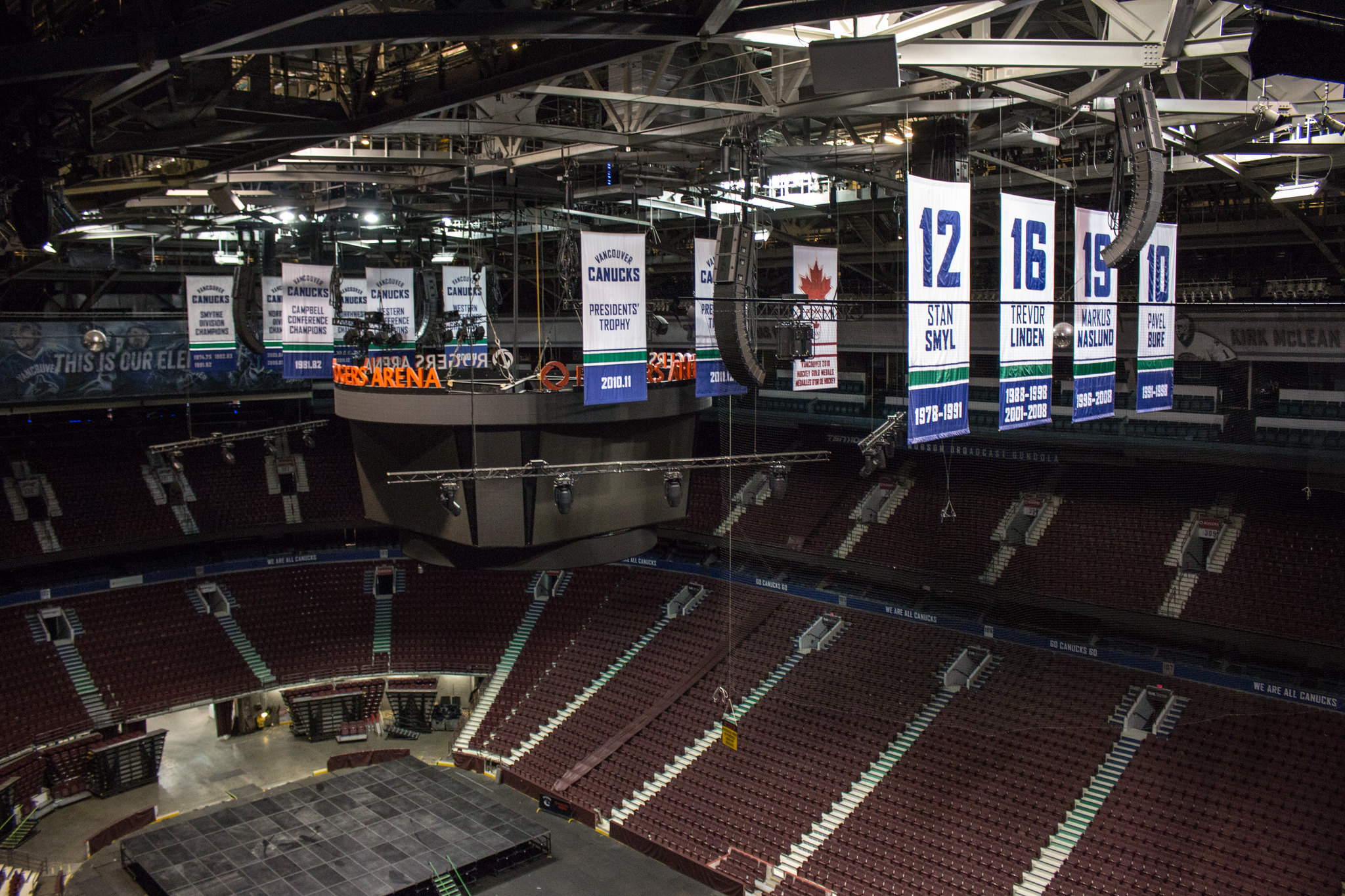 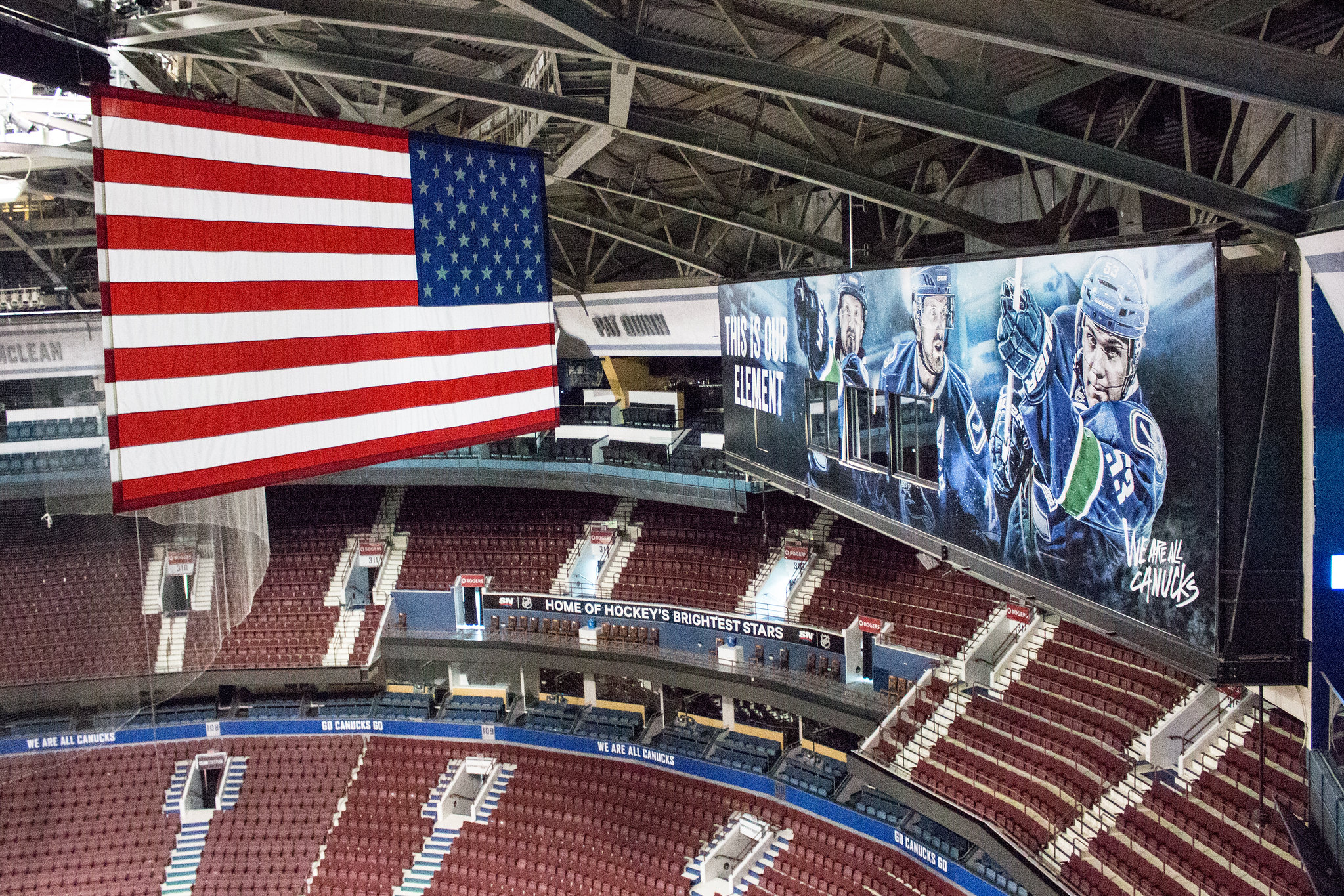 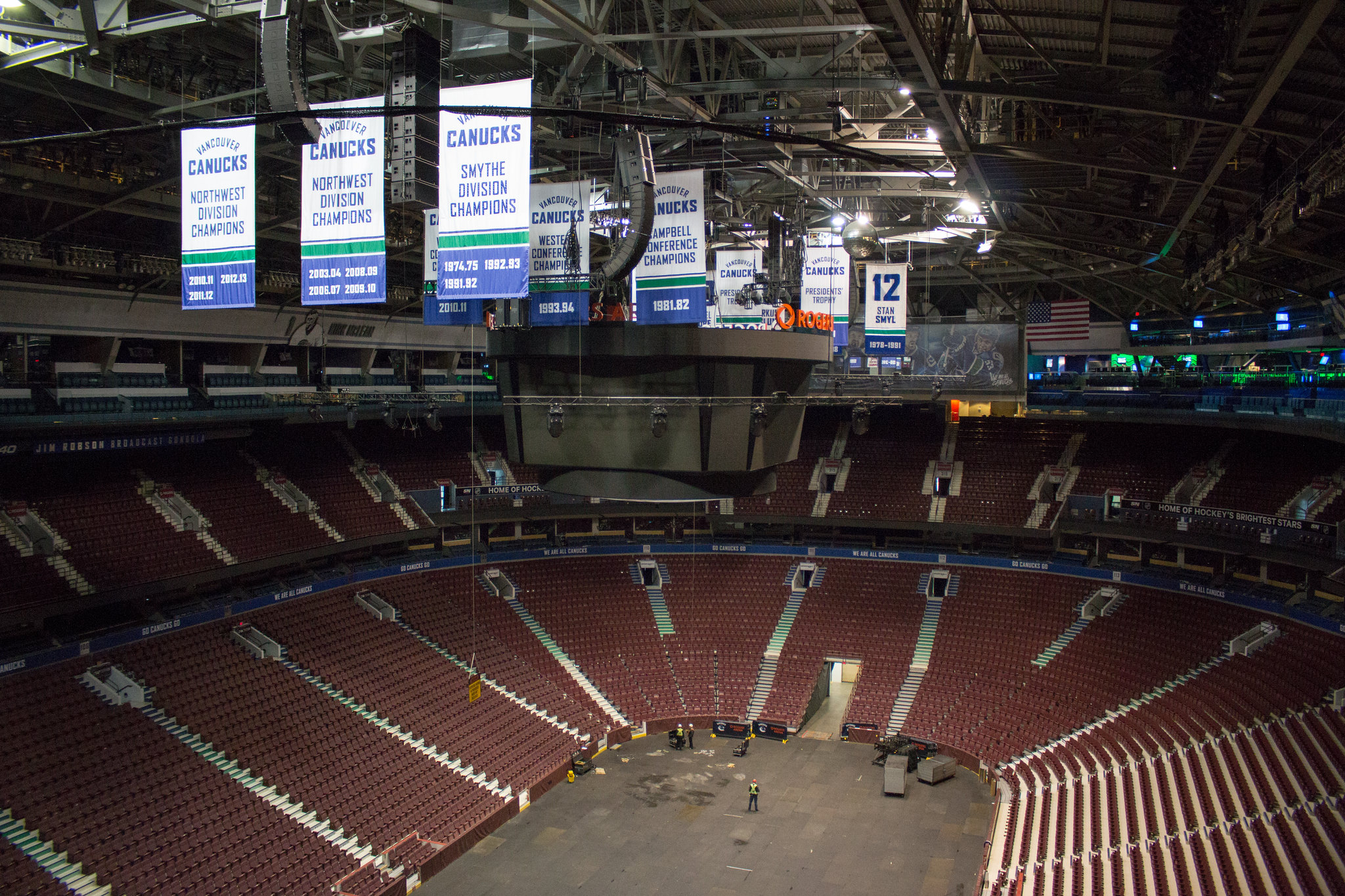 We then rode the elevator down to the player entrance at the back of the house. This admits you to the area where players warm up, play ping-pong, and kick the ball pregame. The highlight came as the security guard swiped his card and let us into the inner sanctum: the Canucks dressing room! We were only able to gather at the entrance, but it was still fun. I also enjoyed walking past the equipment room and a display of Vancouver Canuck jerseys through the years. 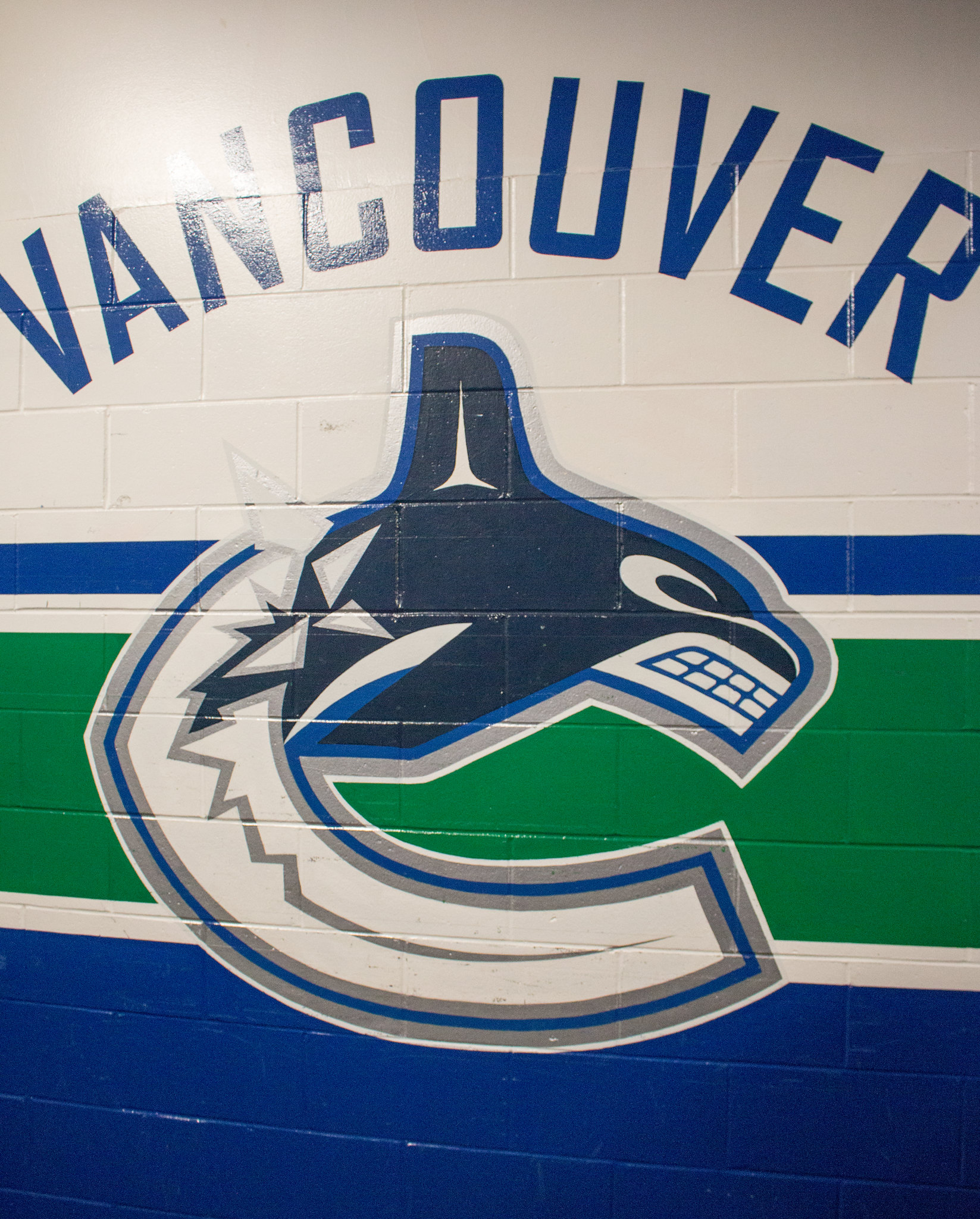 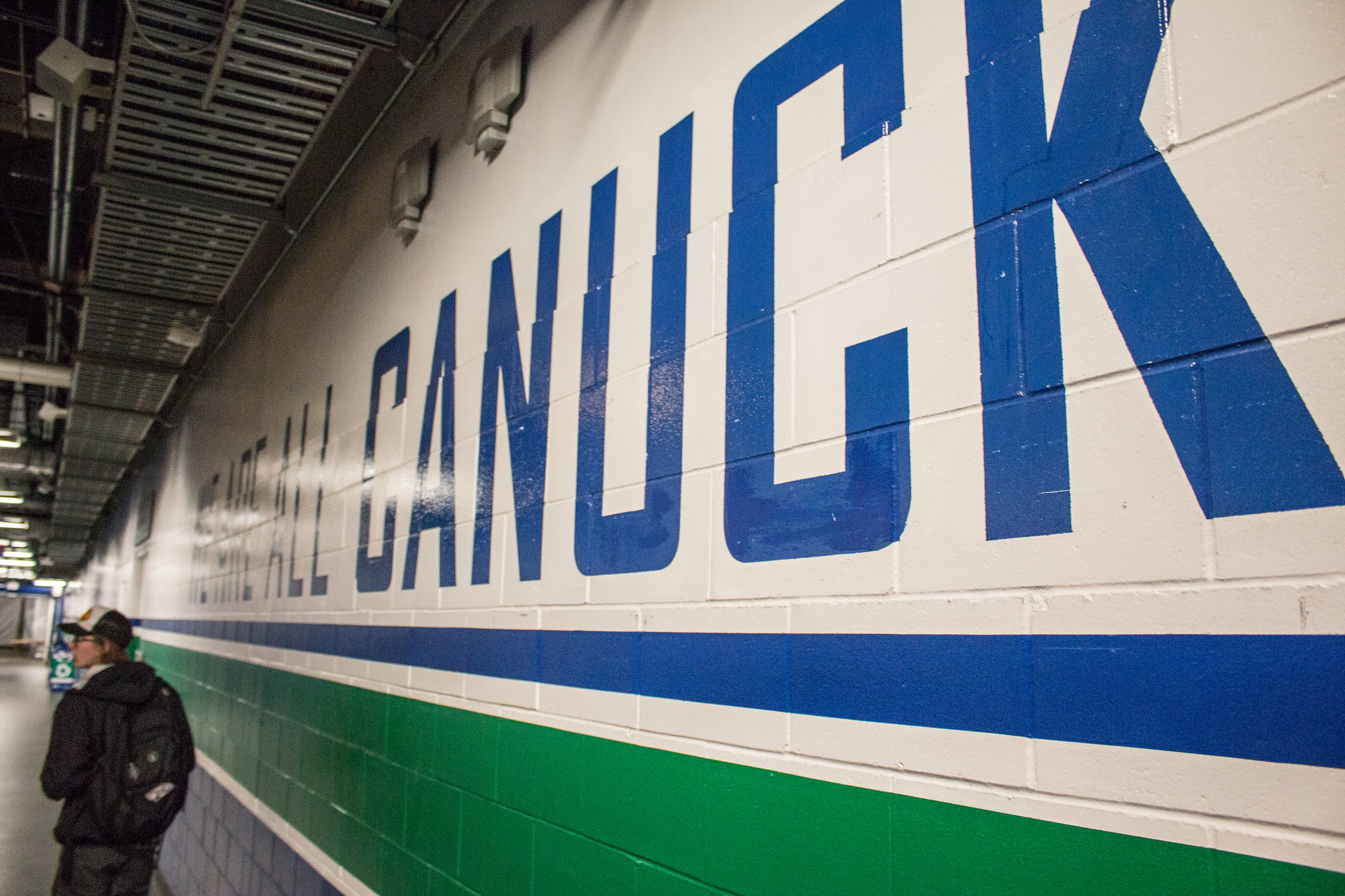 A rare time where the Canuck logo is open and not protected by carpet. Love the oval shape. 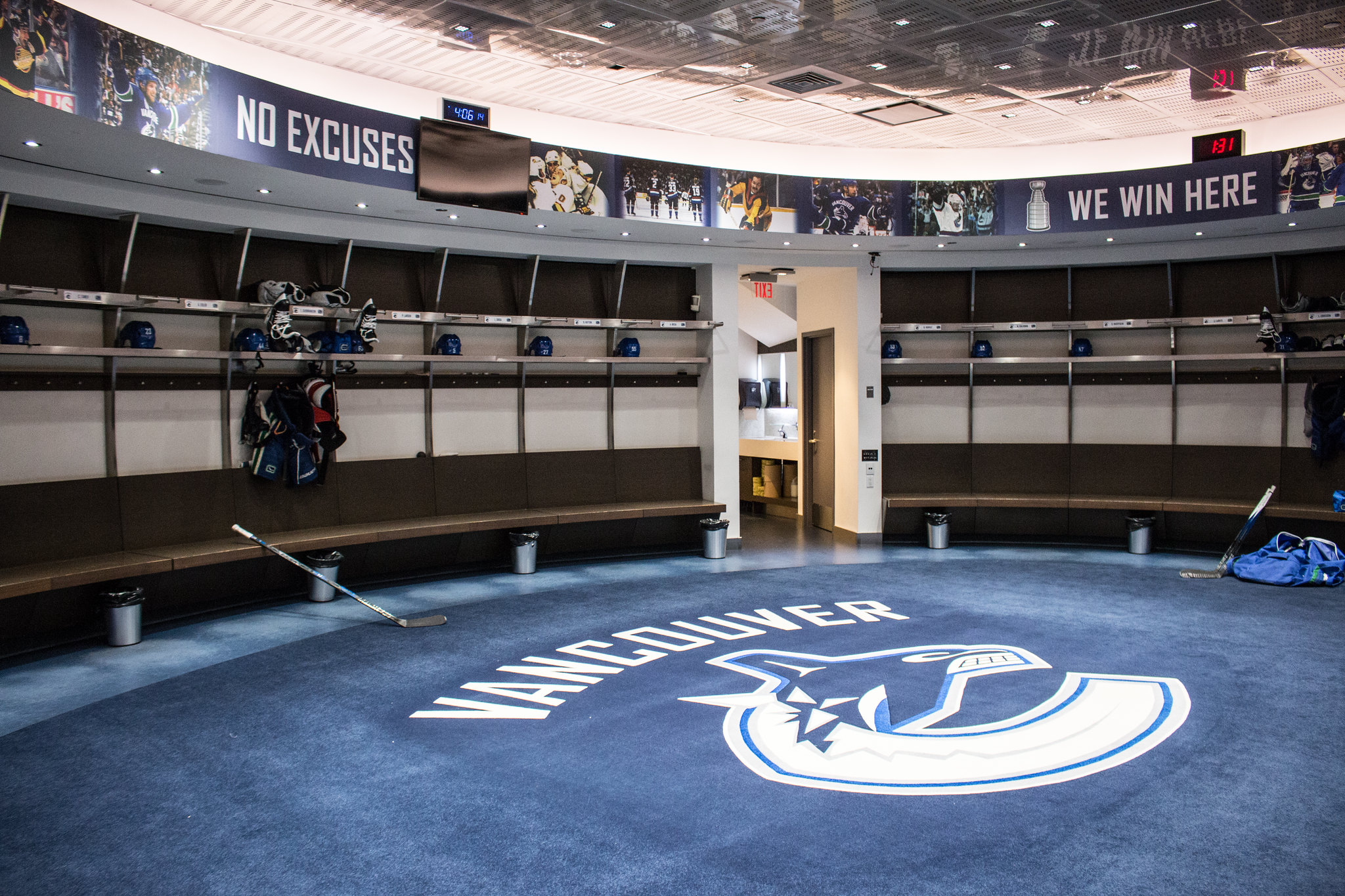 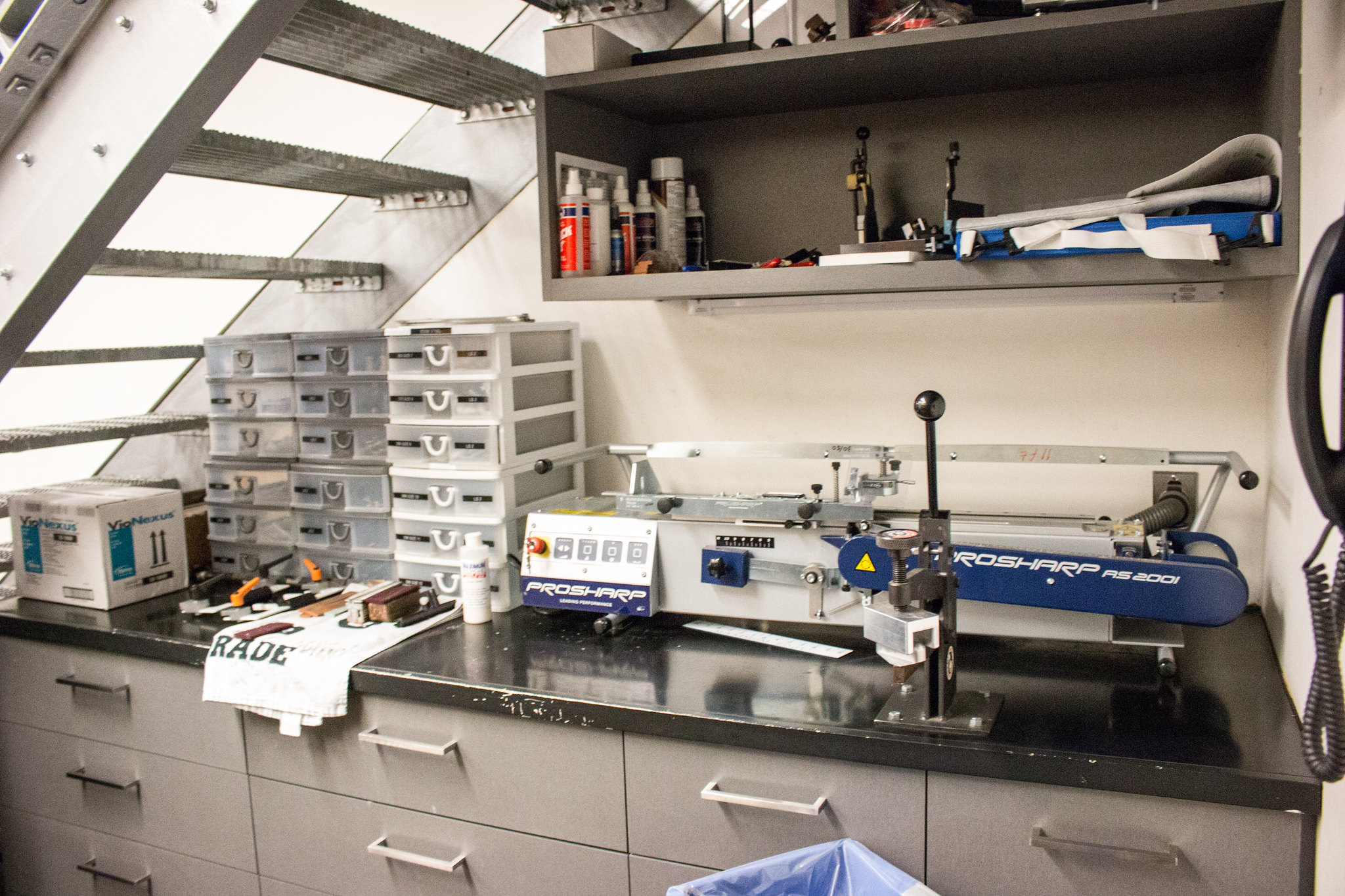 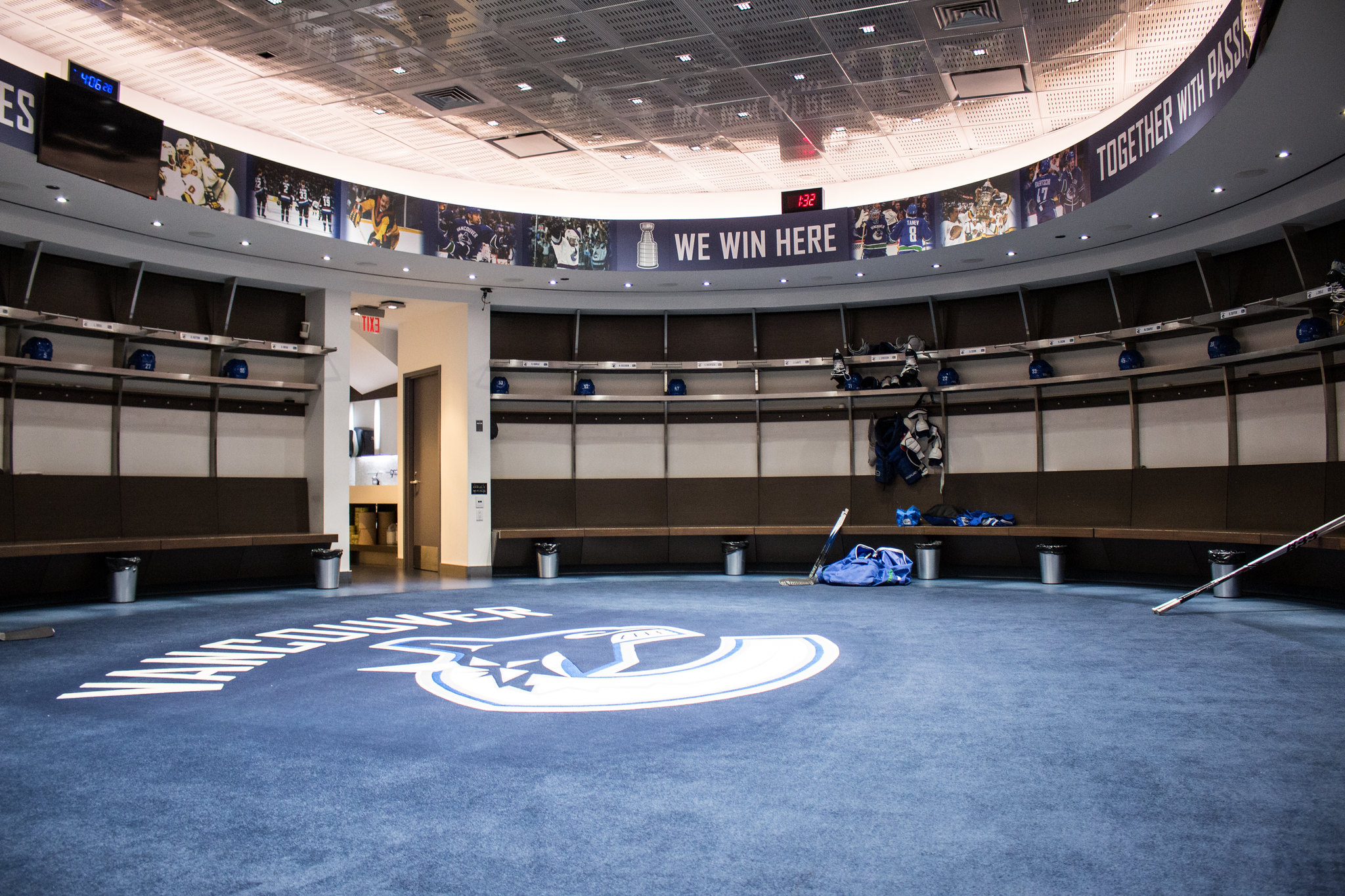 As we were walking out, we noticed a training room and couldn’t resist asking if we could have a peek! We were indulged and were able to check out where the Canucks train together. 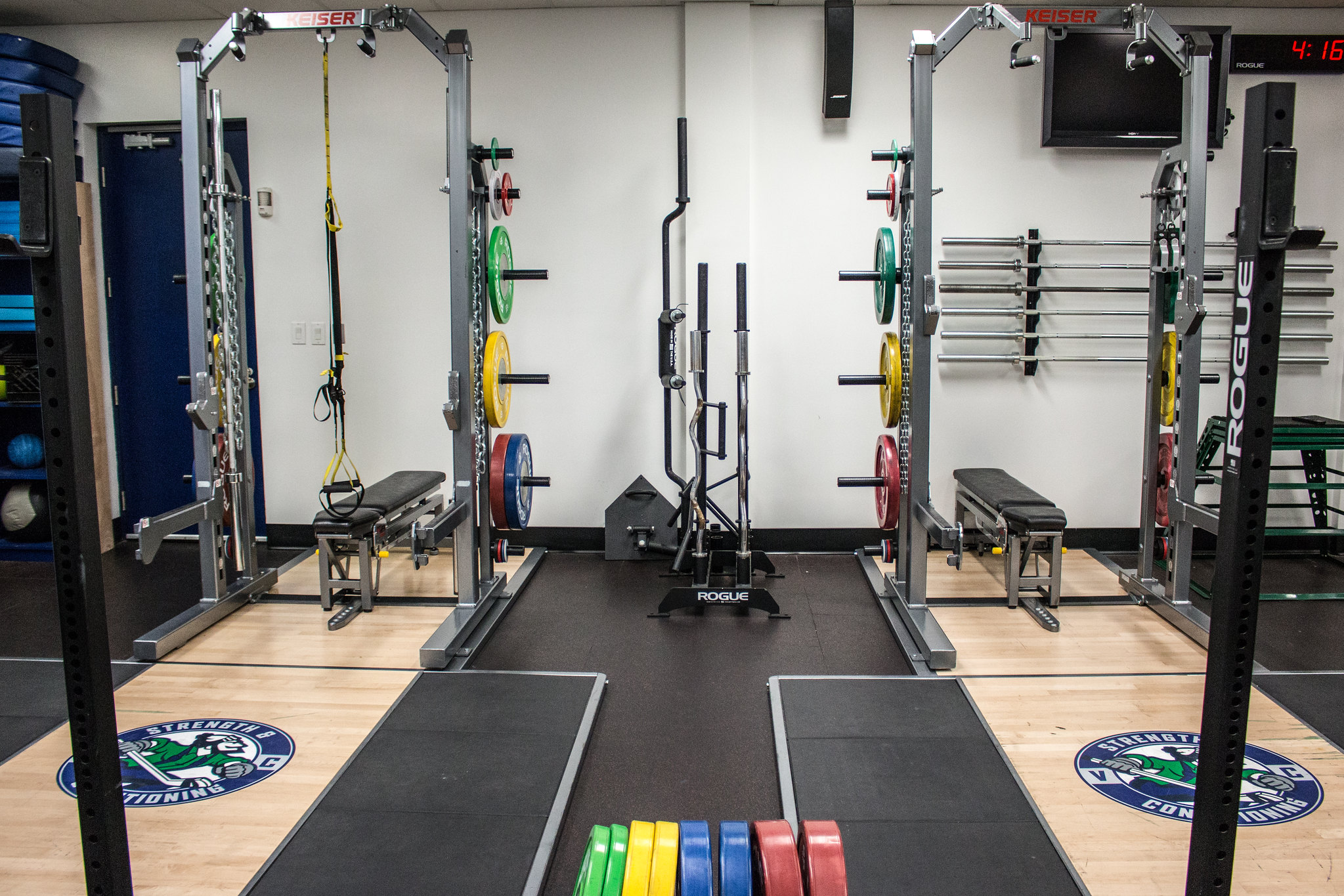 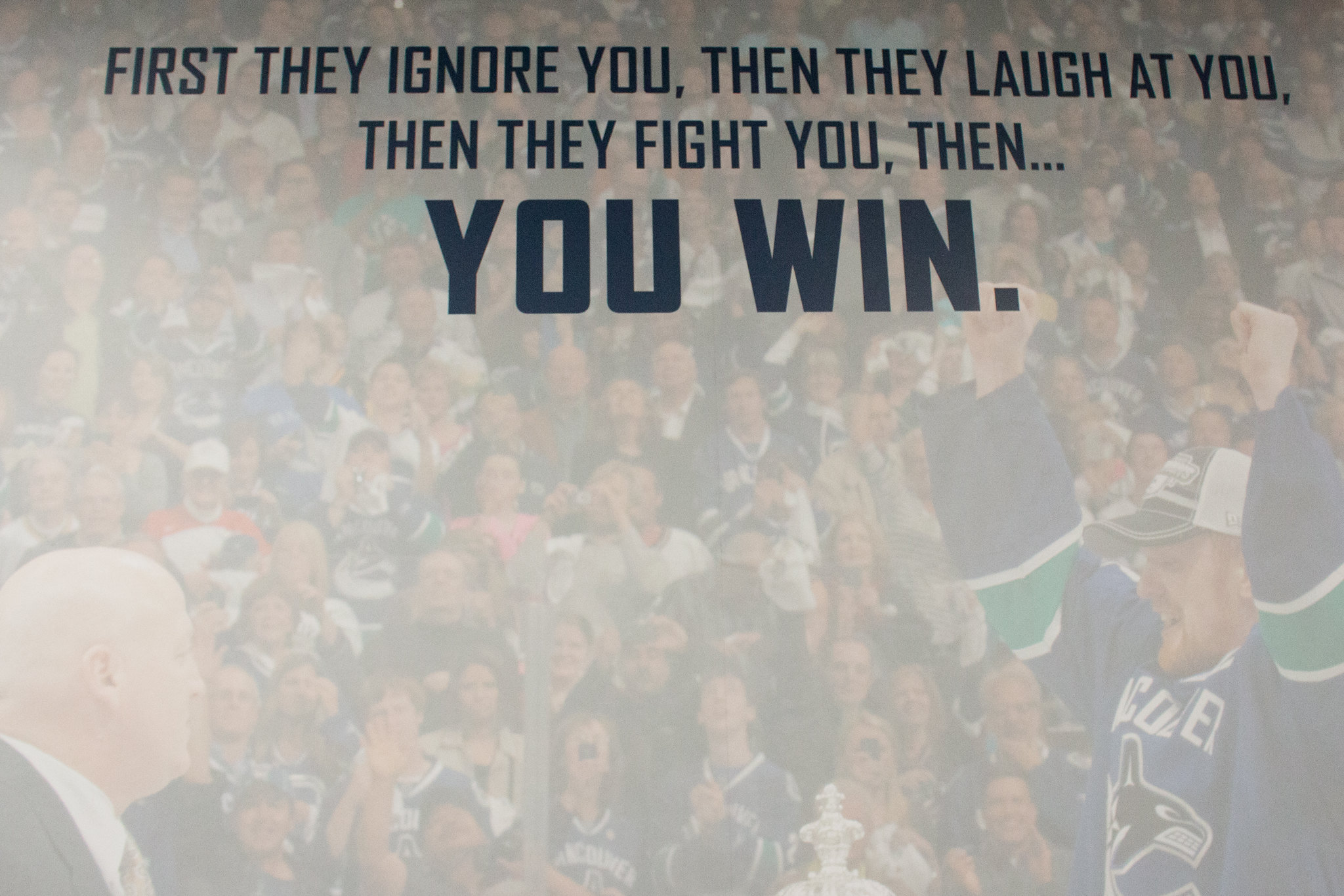 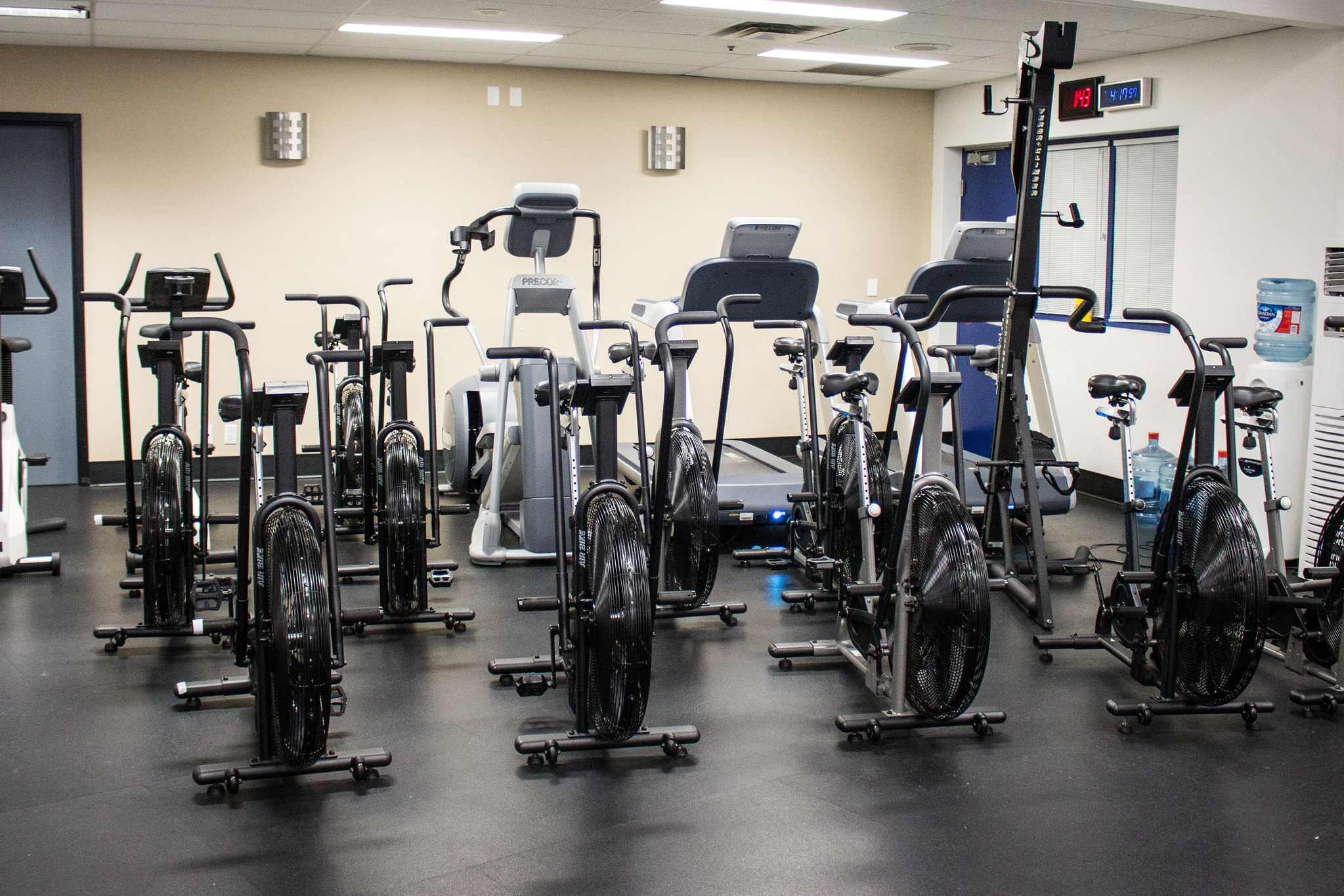 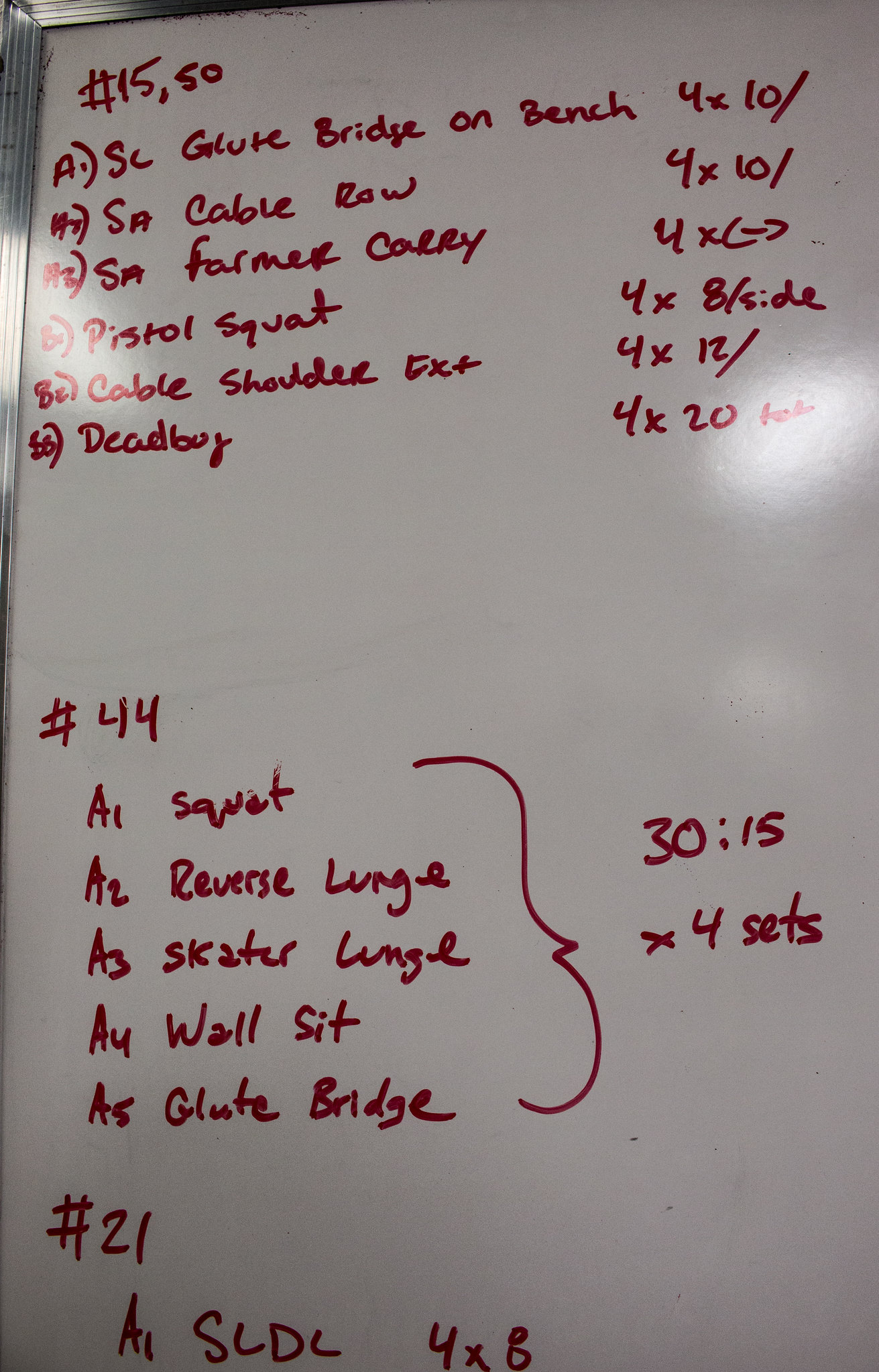 The visitors’ dressing and media rooms were set up in prep for upcoming concerts, but we didn’t care after seeing the Canucks change room and work-out area.

Important Note: Each Rogers Arena tour may have a slightly different itinerary and access since the locker and dressing rooms aren’t always available and the ice may be covered up in summer or due to concerts.

In total, we spent about an hour and a half exploring the arena. It has to be on your bucket list if you’re any kind of hockey fan, but even non-fanatics will enjoy it. If you take the tour, you also get a 10% discount in the Canucks store that day.