I needed an escape from the hot weather for a weekend and wanted some time to myself. I decided a road trip would solve this dilemma. In August, I picked up a Modo car and headed east towards the Fraser Canyon, along Hwy #1 to Lytton, British Columbia. The Fraser Canyon was on my left as I drove through tunnels in the mountains and stopped off at a view points along the way. After stopping for breakfast, I pulled into the small town of Lytton, BC. Lytton was my destination for the weekend full of white water rafting and exploring.

Lytton is a small town of approximately 228 people, most people would drive right past the small town, but I encourage you to stop and get out on the river. You don’t know what you are missing until you experience it. If you aren’t up for paddling, jump in one of the motor boats and get a unique view of the Thompson River and the Fraser Canyon. My highlights of the weekend are included in the video below:

Lytton (known as the Rafting Capital of Canada) is where the brown, silt-laden Fraser River meets the blue, green waters of the Thompson River. We went rafting on the Thompson River, a refreshing, cool river that offers clear water and stunning views of the canyon. The rapids grow stronger as the water level lowers throughout the season. I went in August, rapids were starting to form but there were calm parts where we had the opportunity to jump in; a welcome relief from the heat. The rafting was calmer then I imagined it would be. It was my first time going and I was expecting stronger rapids. However, it made a great introduction to the sport and allowed a chance to enjoy the surrounding canyon, and time to get to know my fellow paddlers and get some paddling in. Coordinating your strokes with your fellow paddlers is more difficult than I expected, but with the guidance of our leader (who had the most strenuous workout of all of us) we worked as team to paddle the boat. It was a fun day and in the distance before pulling into the put out spot, we spotted a bear. It was my first time rafting, and I loved it. I felt safe, had fun and got to experience the canyon in a way I couldn’t by land.

Lytton is often one of the hottest places in Canada during the summer. No records were broken when I was there, but it was hot, intense heat made tolerable as there was low humidity and we could jump into the river to cool down. Thankfully the forest fires were under the control when I had arrived. Just the week before, fires were burning close to the town. Forest fires can be a common problem in British Columbia when the rain stops and the province dries up. After a day of rafting, Hyak was throwing a BBQ and party at the campsite for everyone, but as I was still recovering from my accident, I needed quiet and downtime. I headed to my accommodations for the night, checked in and made a simple dinner. After trying to use the slow Wi-Fi, I gave up and headed outside to enjoy the heat. Other people joined me as I watched the sun set behind the mountains with the Fraser River in the foreground.

As the two couples next to me consumed their beers, the conversation turned more entertaining as they started to talk about what they would do if a zombie apocalypse hit that evening. Building an electric fence, weapons and body hair removal were all part of their plans! As much as I enjoyed their conversation and company, exhaustion hit me.  I said good night and headed for bed as they continued to plan for the apocalypse. I love the people that you meet when travelling and hearing of the adventures they have experienced. They weren’t up by the time I was packed up. I assumed they would be having a late start after the previous night. I returned to a view point (Fraser and 6 St) that I discovered but didn’t get a chance to fully take in before I had gone rafting. I spent an hour there, watching the two rivers come together before I continued on my way. It’s an incredible sight and glad I had a chance to witness it.

Before heading home, I stopped off at the reaction ferry and watched it cross the river a couple of times on the cables, I walked across the Lytton CNR Fraser Bridge which provided some terrific views of the river and then stopped off at Jackass Mountain summit to take in the views. A tip, I discovered Fat Jack’s Homestyle Diner & Pub in Boston Bar, B.C. If you are travelling along this part of Hwy #1, go out of your way and stop here. I had breakfast and lunch there, both times amazing! From the outside, it looks like a normal diner but be prepared to leave with very happy taste buds. The dishes are sourced with local food and made by a top chef. The owners moved from Vancouver, bought the motel and diner and have transformed it into a destination. It’s worth the drive alone! 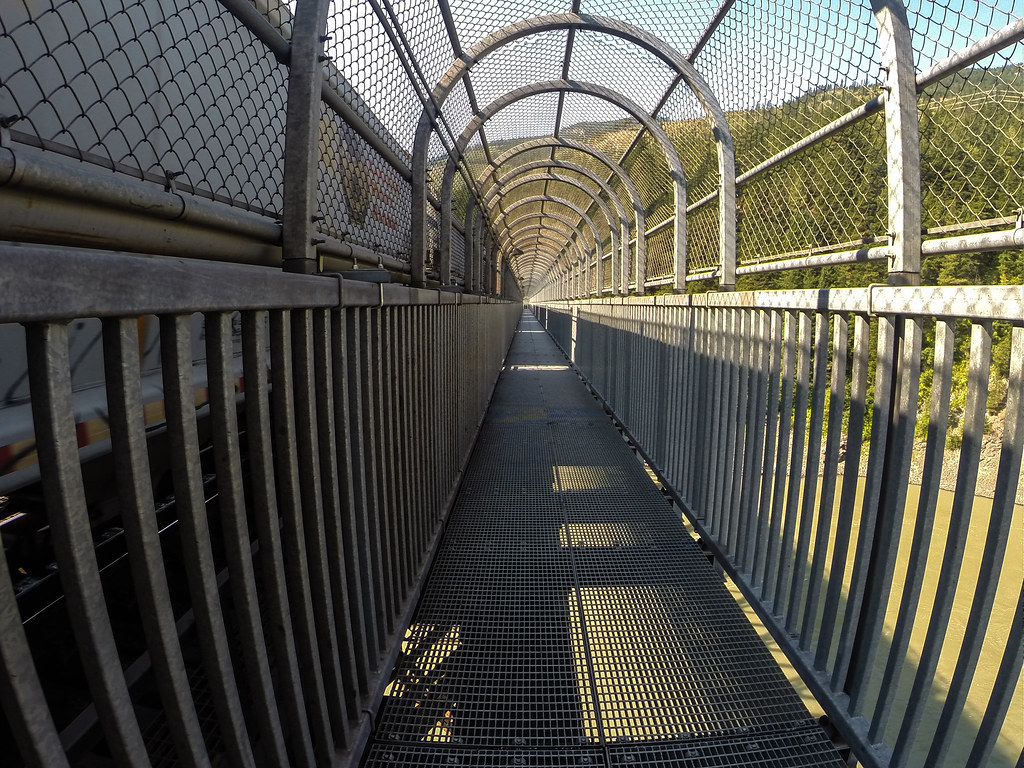 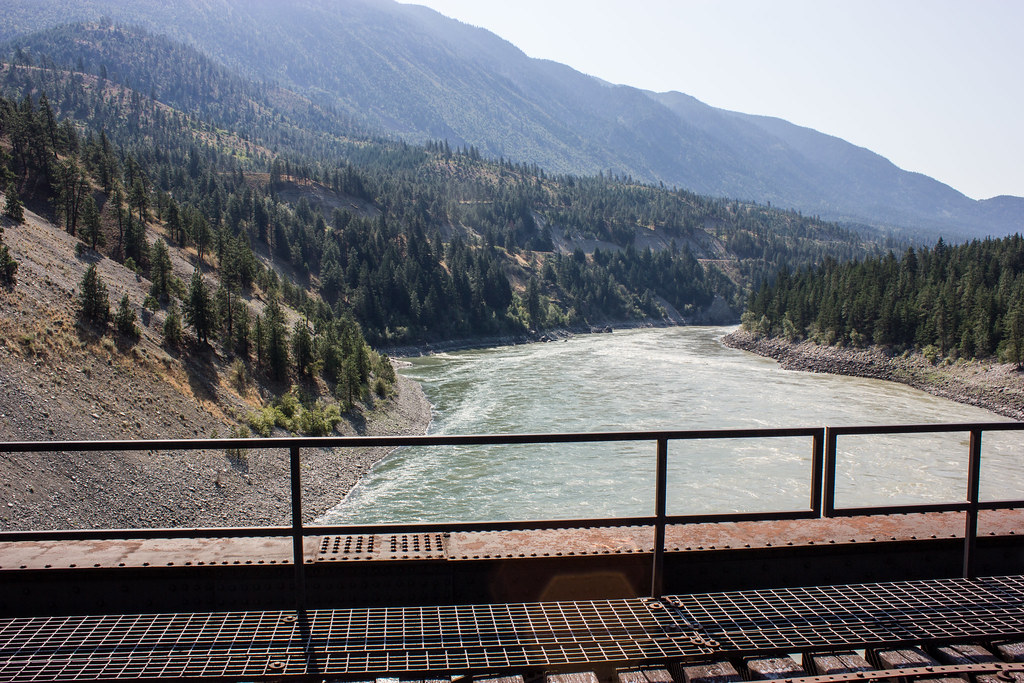 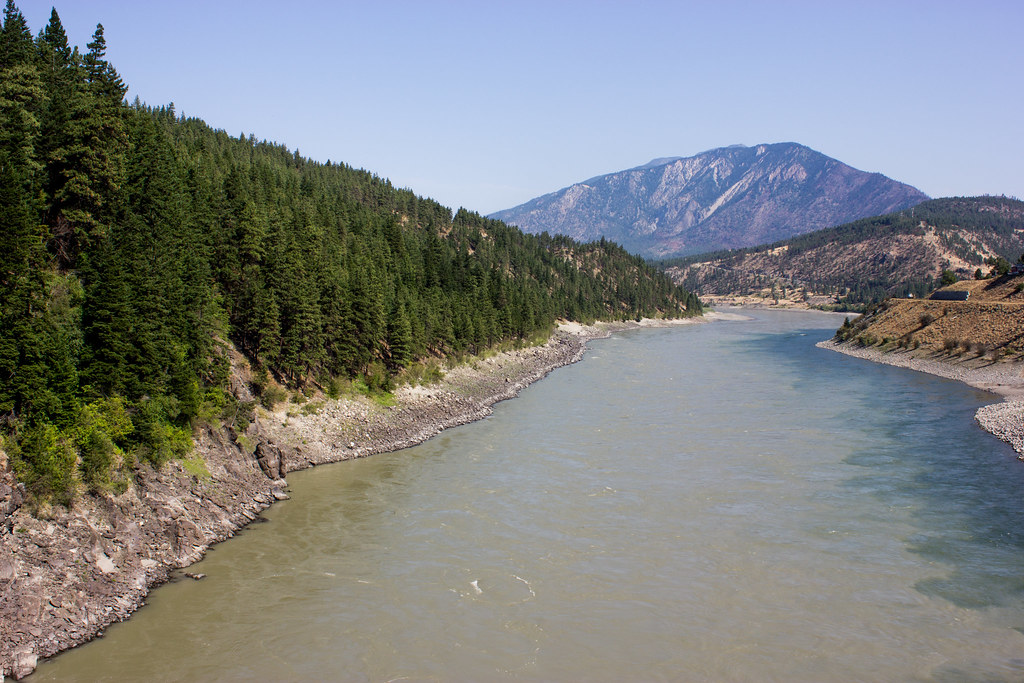 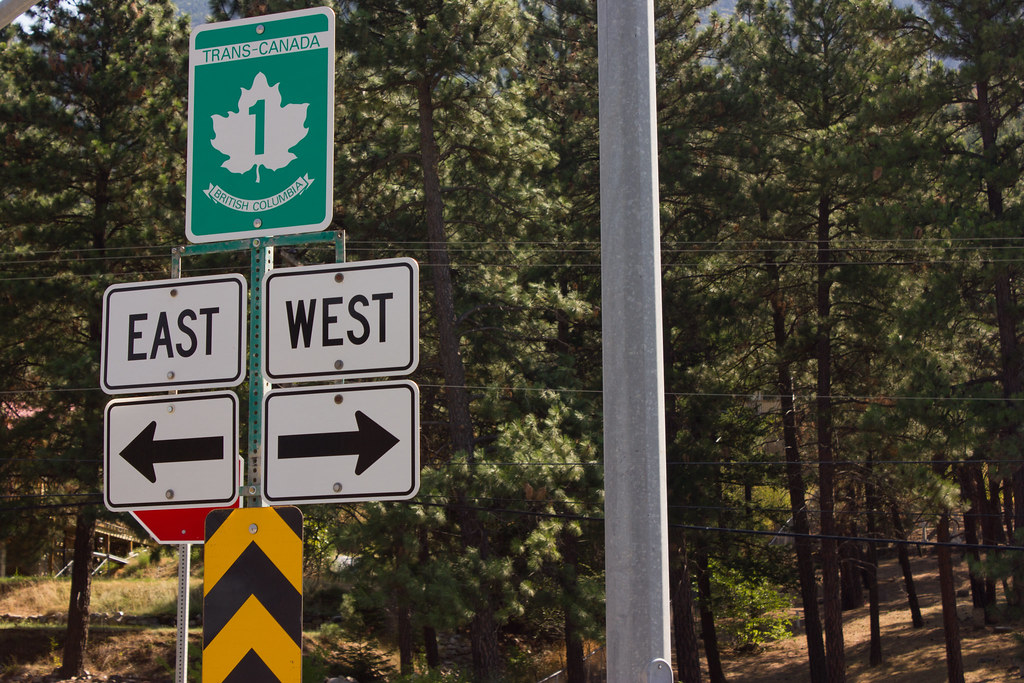 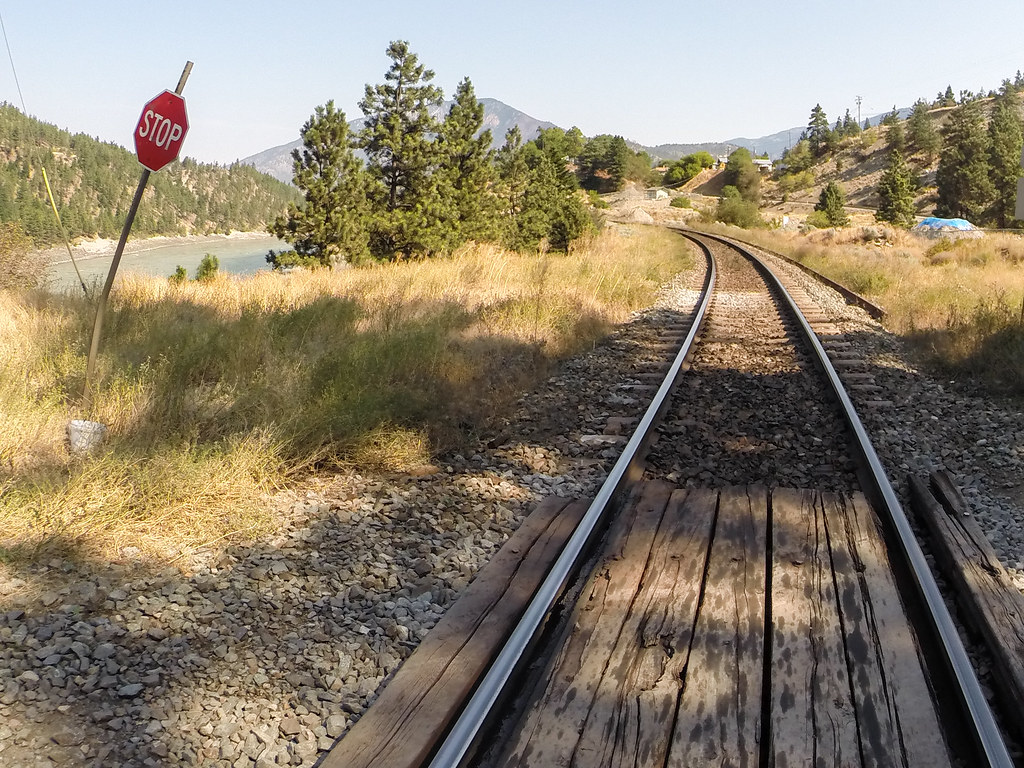 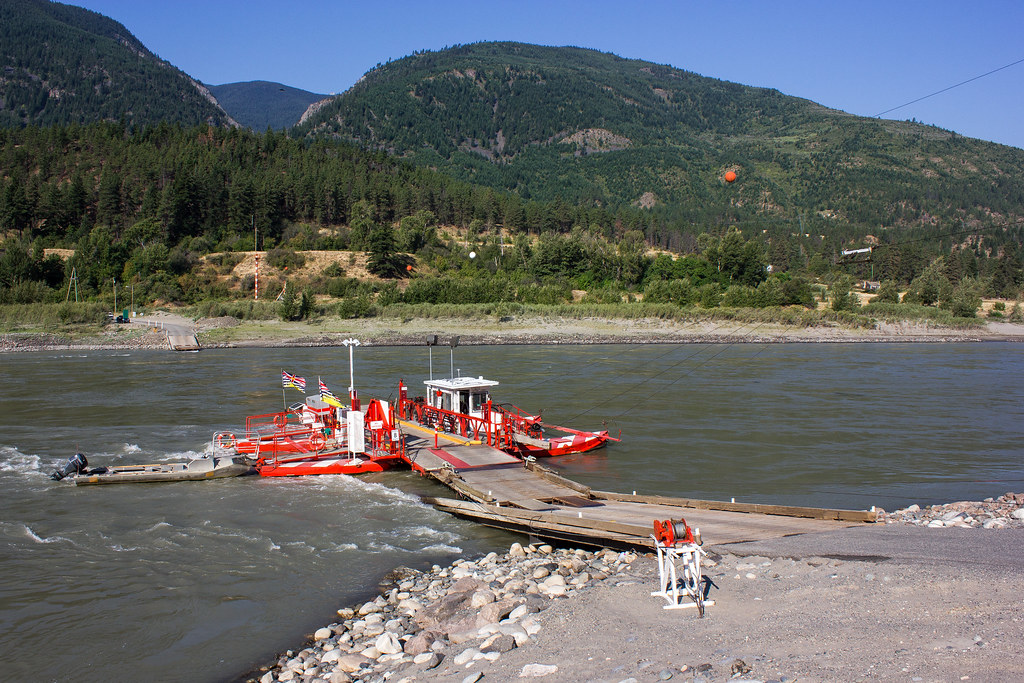 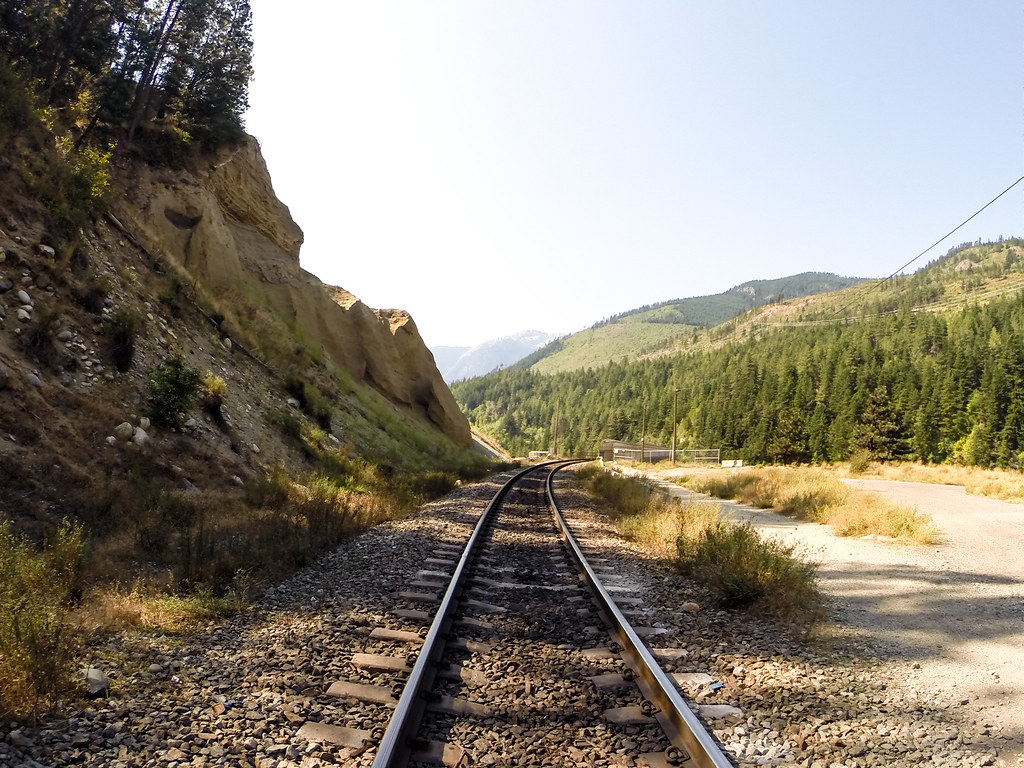 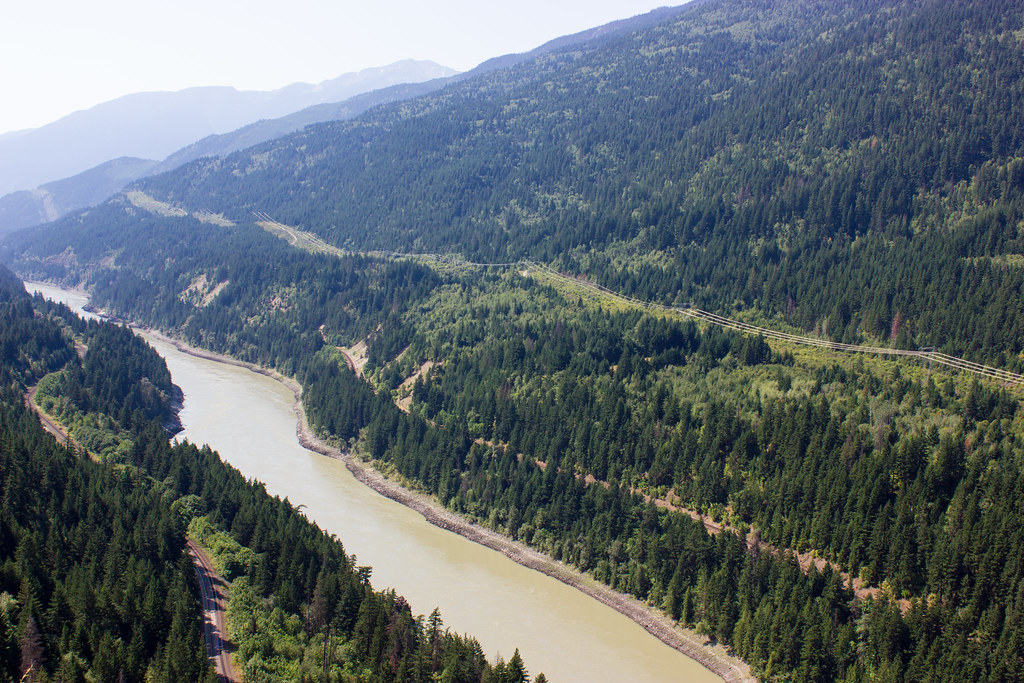 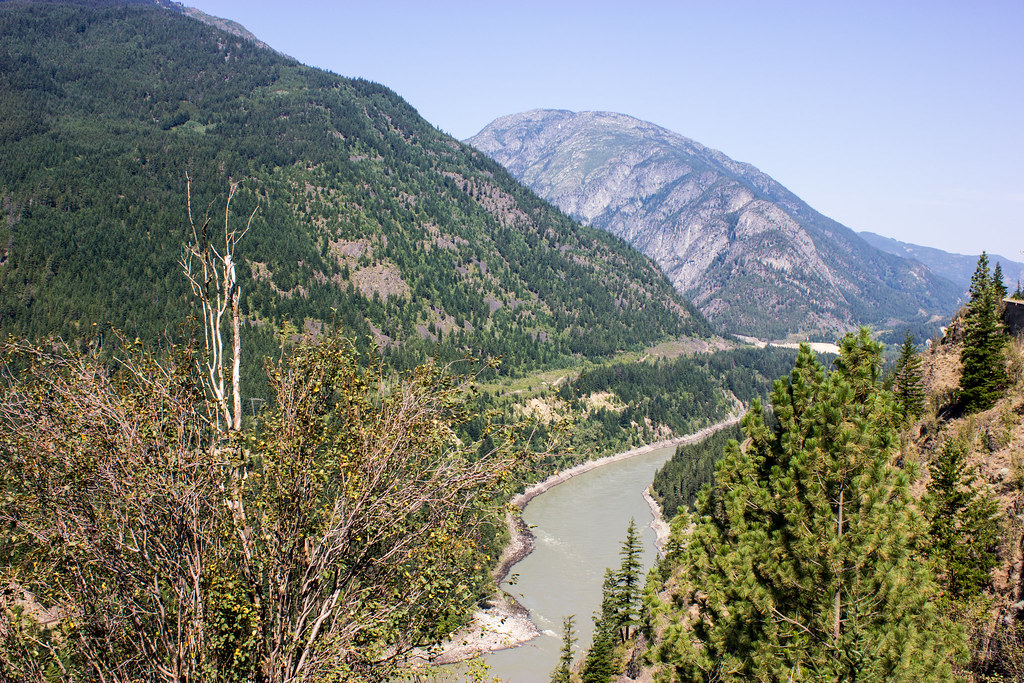 As I continued my drive back on Hwy #1 to Vancouver, I missed the canyon and the scenery of yellows, and browns with pops of green. I made a couple more stops at Coquihalia Canyon and Bridal Falls before returning to Vancouver later in the evening. A weekend away that I won’t forget anytime soon.